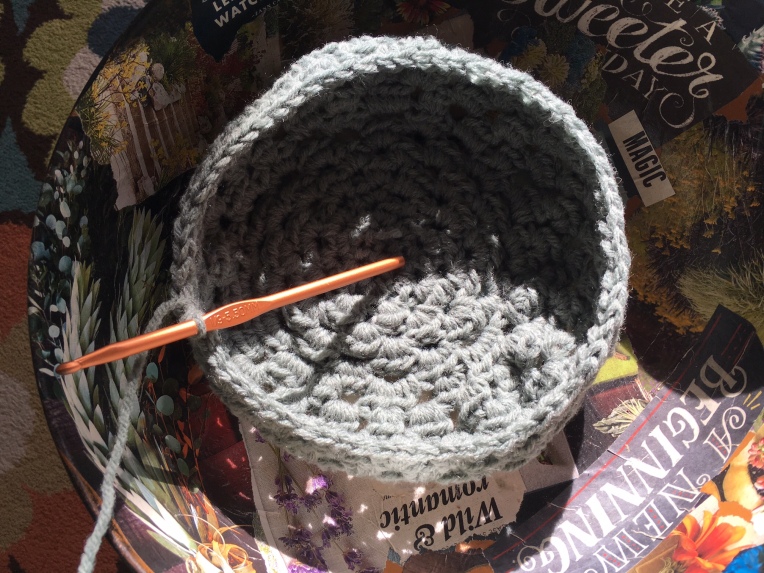 A few days ago I heard an interview with Magda Sayeg, a well known artist and yarn-bomber. She remarked that she couldn’t think of a single thing that conveyed the idea of love more than something knitted by hand. As the Thanksgiving Holiday descends on us all, I’ve been thinking about this comment and also about my ancestors. I’m reminded of my Grandmother in particular who showed me how to crochet when I was a young girl. I only caught on to a few simple stitches, but she told me that it would be enough to create anything I wanted to.

Many years later I bought some yarn and a crochet hook and attempted to create a blanket for the baby I was pregnant with. The stitches came to me, and I began the blanket. Soon with it came the pain and numbness in my hands, as a result of the carpal tunnel syndrome which was an unfortunate side effect of all my pregnancies. The unfinished blanket just seemed to reinforce in me feelings of inadequacy as I was embarking on the uncertain journey of parenthood.

Over the past few days, I was enjoying some quiet peaceful time with my children and savoring all the feelings of gratitude of this season. I kept hearing Magda Sayeg’s gentle voice:

“…there is something really significant in this simple gesture of taking this material that represents nothing but love. I mean, I can’t imagine it representing anything else, you know? You knit for love. You knit for someone that you care for.”

There was a box on the top shelf of my closet that was calling to me. I knew exactly where it was even though I had not opened it for almost a decade. I pulled out the golden hook and a ball of yarn. I sat on my comfy couch in the sun near the window and I began to think about my Grandmother. I could see her hands moving over the yarn, the position of her hand as she held the hook. My own hands began to move and I watched. It was as if my hands did not even belong to me. It was as if my memories were in an act of creation. The love began to pour out and into this little pattern of loops. One-two-three, one-two-three, the intrinsic pattern of creation itself. Around the loops went, forming a sacred spiral. A mandala of love woven into a neat little hat to keep my son warm this winter. I could feel the loving energy move from inside of me, through my intentions into this simple object that represented: nothing but love.

In a few precious hours the object was complete and sitting on my son’s head and he was smiling back at me with nothing but love in return. This is the beauty and power of our creations. I’m hoping you will find a way to express the love within you this week, however it wants to be revealed. Listen to the voices of your ancestors. They will come to you through the voices of the living, inspiring you to create love with nothing but love.

Bonnie Kelso is a Creativity Coach who uses Creating as a healing modality. She is the author of Vitalize Your Creative Life, a workbook for engaging with your inner creative child. She also facilitates creativity workshops and classes locally in Las Vegas, NV. She is the creator of the ABCs of Conscious Creating, a guided self-study program that delves deeper into the spiritual realm of your unique creative potential. Are you ready to start right now? Do you have 5 Minutes? 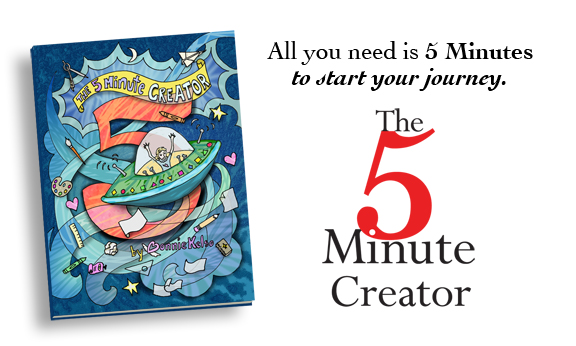 One thought on “Nothing But Love”

For professional inquiries, please email me at artistbkelso@gmail.com.